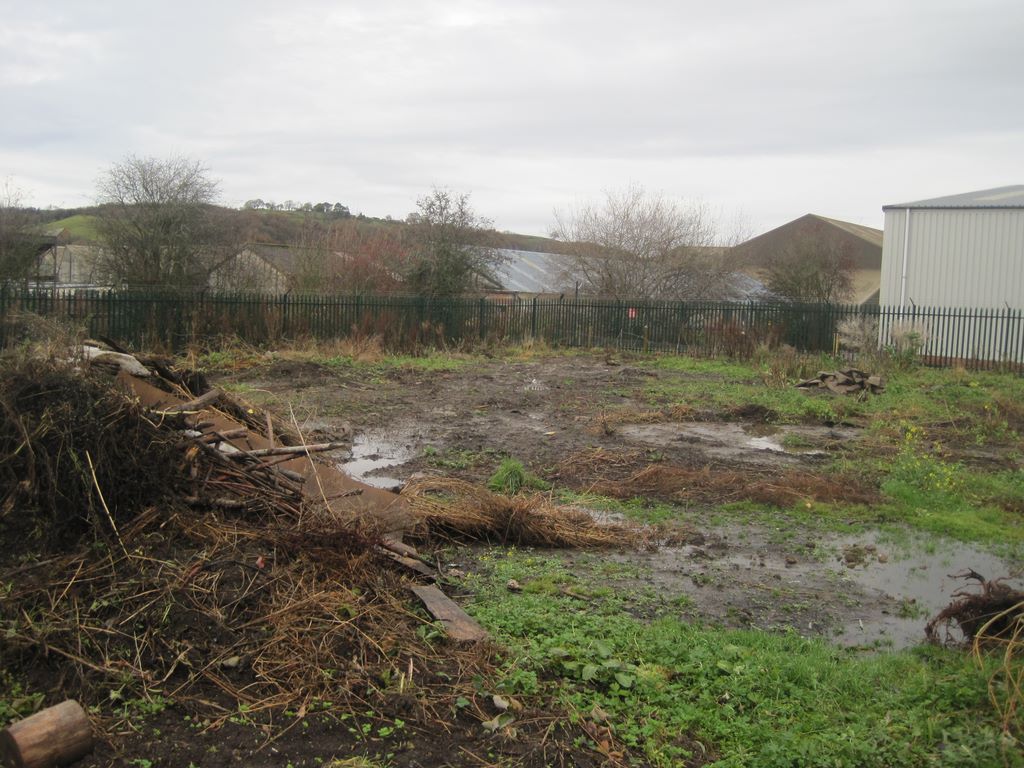 The remnants of the community garden at the compost factory 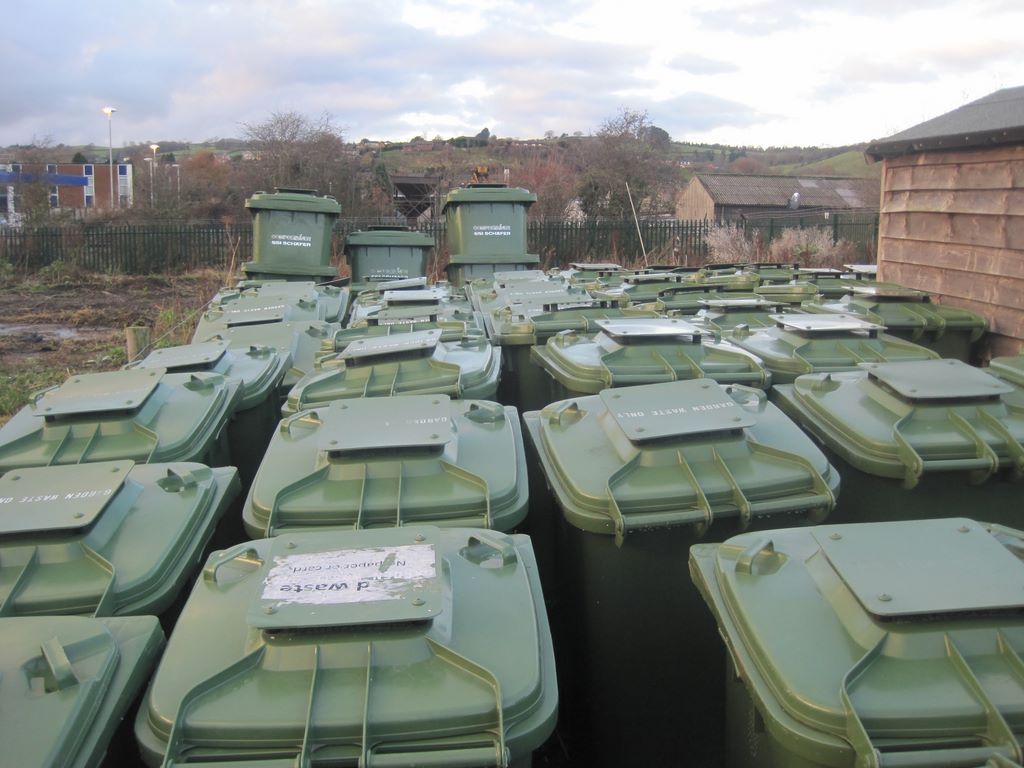 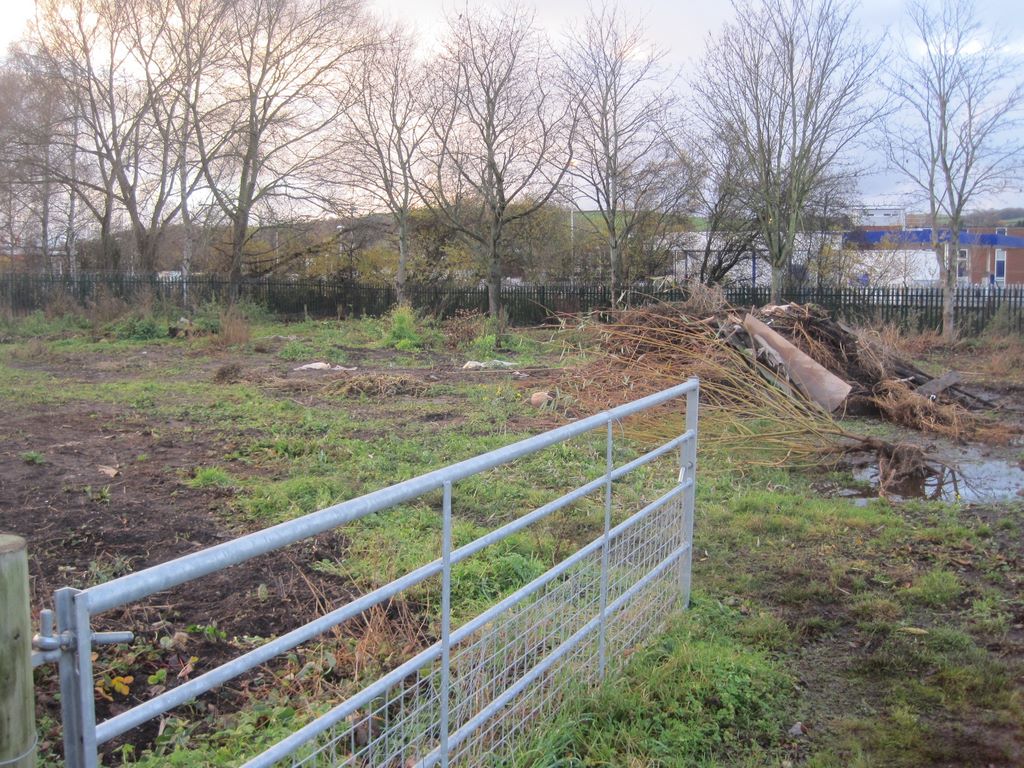 Goodbye to the Vastre
It is definitely time for us to stop mourning the wonderful garden we left behind at the old Cwm Harry compost factory on the Vastre estate and to embrace Pen Dinas as our chance to build something significantly better and with a far greater potential. Taking the old garden down, digging up all the plants, trees and shrubs has been a pretty thankless and soul destroying task, but that phase is finally completed. My final act was to bucket out all the water from the frog pond so we could extract the membrane so we can make a new one to replace it.

Getting established at Pen Dinas
Working in conjunction with Coleg Harlech adult education we have taken on our first three apprentices. These are 6 month 3 day a week part time positions and in return we are required to guarantee a minimum of three months part time employment after that initial period. we certainly need a labour force to establish the new garden, but this also challenges to think in a more business like manner, as we will have to generate the revenue with which to pay them later. Ideas so far fall into three categories:
1: to train them up as a garden ‘groundforce’ team available for external developments
2: To go into production with the raised bed system we developed last year
3: To propagate lots of perennial plants and veg plug plants for sale in the summer
All three have potential and we are certainly interested to hear from anyone who can help us achieve these ambitions. 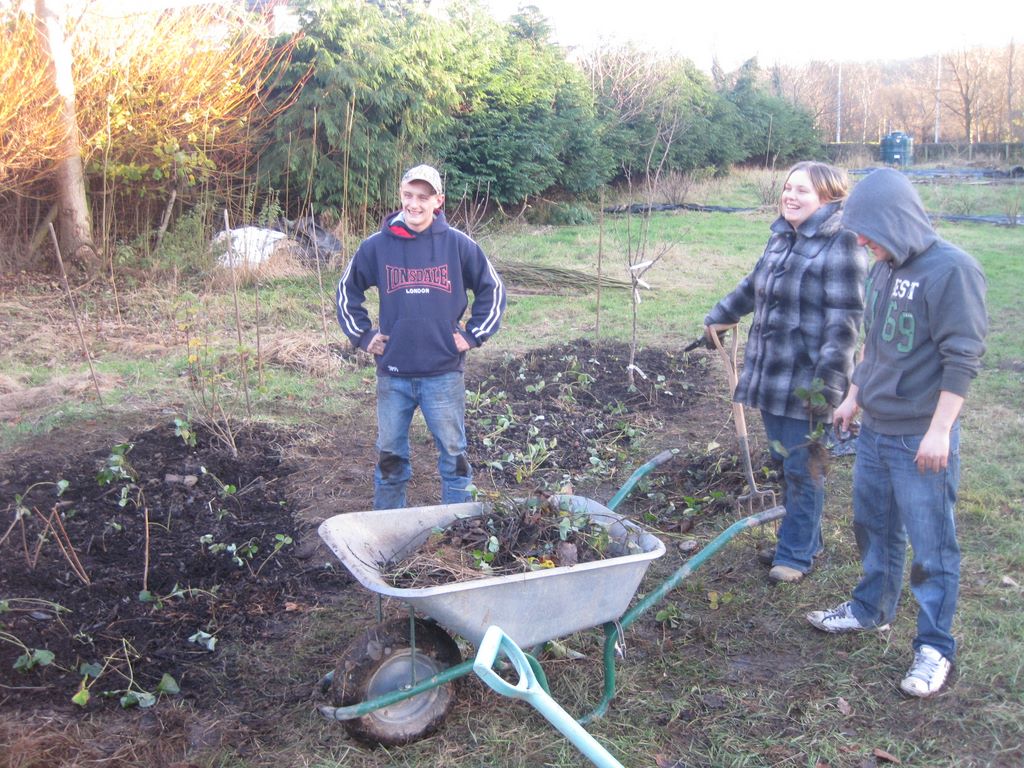 Garden developments
As we develop the garden we are keen to incorporate as many different experimental ideas as we can.. I think as a funded horticulture project we should be using the opportunity to be as creative as possible. That said I have undertaken the challenge of constructing my first Huglkultur beds.. an idea gleaned from the amazing Austrian hill farmers Sepp and Veronika Holzer who are turning many traditional ideas about growing on their heads. The idea is to create an accessible, no dig gardening system which is highly resilient to water shortage and excess and which can generate a lot of its own fertility via organic processes. We are burying rotten wood, from the site, covered in old rotten wool.. the idea being this will form a sponge which can hold onto moisture as well as slowly releasing nutrients to the plants as they them selves decay. So step one in the pics below.. the beds are arrange on contour to help trap moisture and will be built up with layers of turf, topsoil and then compost. 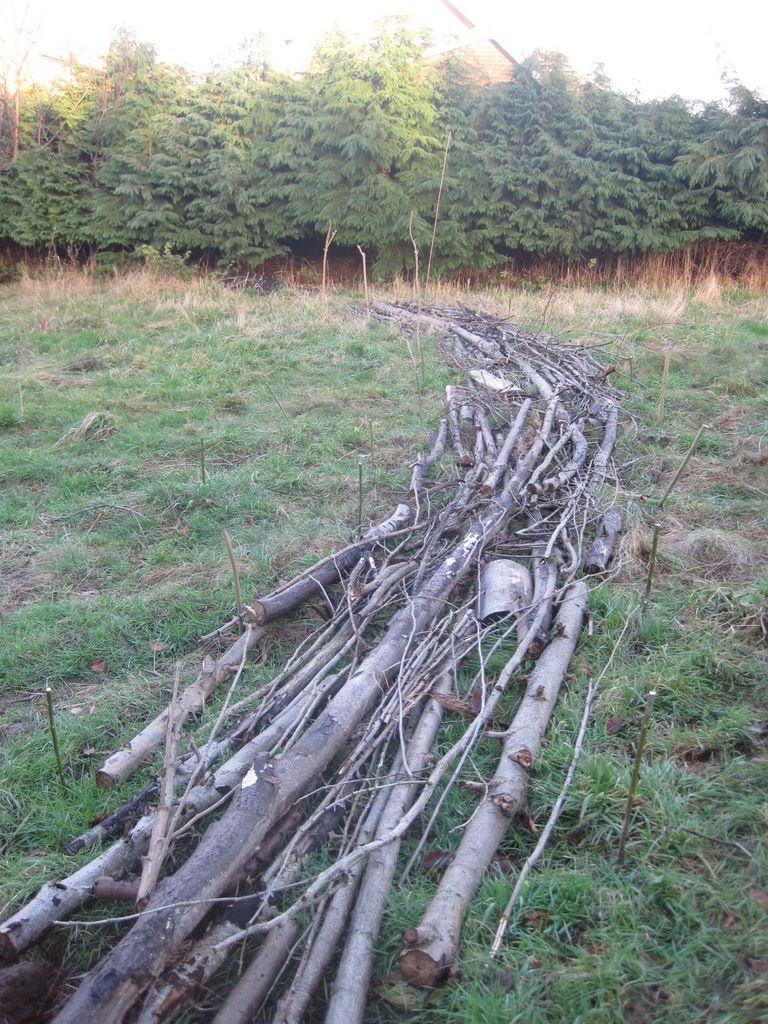 Stage one, arranging rotten logs under where the eventual bed will be 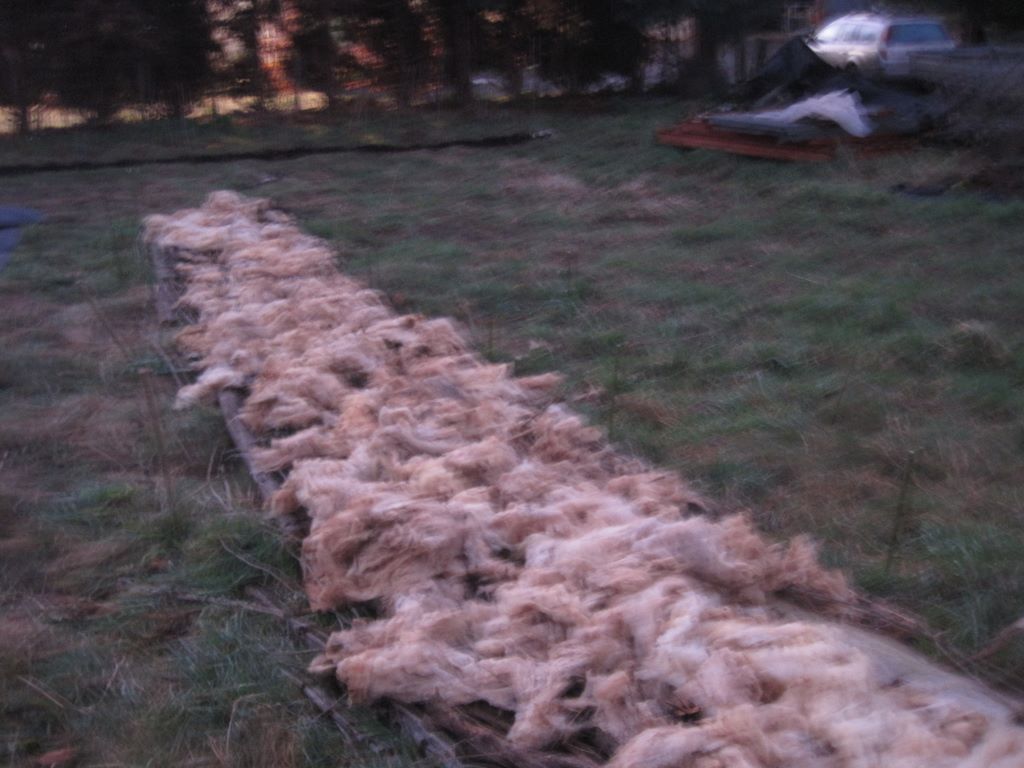 I had all this rotten wool/ fleece available so I have covered the timber with a thick layer of that. Turf, topsoil and compost will form the subsequent layers.